Before we speak of The Pinterest Predicament and the Rule of Four we need to spend a moment addressing line of sight.

In this particular situation I am not referring to the line of sight that refers to any sort of military application. This isn’t about firing missiles, guns or anything of that sort. 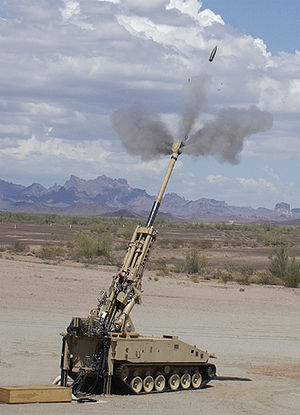 Rather this is tied into our perspective and how children impact it.

Those of you who have had to baby proof a home probably recall that one of the things you try to do is target the dangerous items that are in a baby’s line of sight. Â I am sure that you also remember as your child grows their line of sight adjusts accordingly. When they are crawling it is at one level and at another when they start to walk.

I suppose that we could say that our line of sight continues to change as we grow and that it doesn’t stop until we stop growing. We could also say that our personal line of sight varies from those we live with, that is assuming that those you share a home with are of varying heights.

Though I am tempted to spend a few moments discussing the business applications of line of sight I think we’ll save that.

Until relatively recently I didn’t pay any attention to Pinterest. I didn’t see any value in it for me and ignored it Â but then I read a few posts about and it started to wonder if I had made a mistake.

When I said that I saw it as being “estrogen centric” I wasn’t trying to be cute, ok maybe just a little. But from what little I knew, had read and had heard it sounded like something that was geared for women and I wasn’t particularly interested.

Part of that is based upon The Rule of Four which is a law I created for myself that said I could not participate on more than four social media platforms for the simple reason that I don’t have enough time to do it.

So the last thing I wanted to do was get involved in something else. I didn’t and so I continued to ignore Pinterest. Along the way I made a few snarky comments about it and chuckled at my very funny jokes.

Ready for the big punch line?Â My line of sight changed and I signed up for Pinterest. Here is why.

Pinterest is growing at an enormous rate and it is sending large volumes of traffic to blogs. Â A Shareaholic study from January 2012 shows that PinterestÂ drives more referral traffic than Google Plus, LinkedIn and YouTube combined.

Remember that although I am blogging first for me and then for you I have several goals in mind for my blog. Many of them are tied into the success of my blog.

One of my dreams is to turn my writing into a full time gig. I want to finish writing my book, publish it and write more. I don’t have Â an agent or a publisher. Frankly I haven’t made an effort yet to secure either. Who knows, maybe I’ll forego both and self publish.

I don’t know but I am certain that it can’t hurt me to have a larger platform to promote my writing with. So from that perspective it makes sense to me to try and obtain some of that Pinterest traffic.

There are are two other factors that play into my decision. It is not unusual for me to take on social media projects for work so it only makes sense for me to become more familiar with Pinterest and how it functions.

Perhaps the most important factor is that I suddenly realized I had a very strong personal interest in it. For a while now I have been looking for more ways to express myself and to cultivate creativity and this seemed like it had potential to scratch that itch.

So it is official now, I Â ate the apple. I look forward to seeing what happens. If you would like you can follow me on Pinterest right here.

Are you on Pinterest? Do you like it? Do you have any recommendations or advice for me?

This Too Shall Pass- The Guilty Father

Things I should be doing instead of blogging

30 Seconds to see what I can produce