What Happens When Nothing In Your Life Goes As You Planned It To? 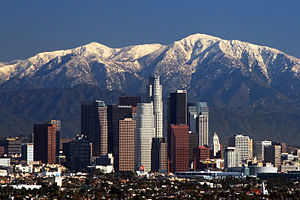 It is mid afternoon in Los Angeles and I am staring out the window at familiar blue skies and thinking about life. Got a desk with more clutter than I like and papers piled at my feet.

They are part of a file I am using for a work project and in a short time will be returned to the manila folders in which they live. Drank too much coffee and have tried to compensate by drowning it in water.

There are weights behind me and assorted other pieces of gym equipment that are calling out to me. I have shushed them more than once, promised that I will make use of them…soon. Can’t do it now, want to, but can’t. The moment I get up from the desk and get the blood pumping will be a good moment, necessary. But I require a longer workout today and I can’t devote the time yet. That doesn’t mean that I am not going to follow through because I will and it will happen today.

Right now I have but 15 minutes to spare, if that. Â Fifteen minutes that I am using here to try and clear my head of a million different thoughts, ideas and memories.

Dude, I Am Getting Divorced

We’re seated at Nat’s Early Bite, one of our favorite hole in the wall diners and I am listening to Mark tell me about the end of his marriage. It is not really a surprise and I don’t want to tell him that we never liked his wife.

“Dude, I am getting divorced.” Â I keep a blank expression on my face and just listen. Mark doesn’t speak like this, dude isn’t part of his everyday vernacular. He is not an intellectual snob nor does he sound like the caricature of the “Harvarhd Man” but dude isn’t something that I normally hear him say.

“It is a funny thing, because you never know if last night, this afternoon or this morning is going to mark the last time you sleep with your wife.” I nod my head at him and he continues. “Actually, the last time was probably among the best we ever had. I think it was because we both knew it was over and it was just a big relief.”

“Well the good news is that you are young and you live in a place where the women are plentiful. Liz Taylor isn’t dead yet, if you work hard you could be number 9 or is it ten.”

The conversation is interrupted by the arrival of our food. In between bites I follow up with ideas for other women he can marry and divorce. “I think that I am good now, you really don’t have to offer any more suggestions.”

“Ya know, Don is on his fourth wife. I don’t want you to feel left out.”

“True, got to tell you that I really don’t plan on getting married ever again. He is welcome to the title. Hasn’t someone told him that in the 21st century women will sleep with you without ring on their finger.”

It is not as snarky or sarcastic as it sounds. We have been friends since we were in junior high so there is a comfort level that only develops with the kind of time and experiences we have shared.

Time Is a Bitch

Sometimes I look back on that lunch as the moment I realized that life is nuts. It is kind of a funny thing to me because I had plenty of prior experiences that had proven this to me already. I have been through earthquakes, riots, buried friends and seen a lot of crazy stuff that doesn’t get mentioned on the blog.

But for some reason until that moment I kept a bubble around my head and pretended that things never happened. And then the bubble popped and I began to notice how many things were different than I had expected them to be. Some were different “good” and some were different “bad” but they were there in large numbers.

And now I look around with some regret and some optimism at a life that really isn’t quite what I expected. It is part of why I have spent a lot of time thinking about what I want and what I need. Part of why I have tried to figure precisely what changes I wish to make and how to make them. Can’t stand still because stagnation is death.

I attribute some of the “pain” and “frustration” to being a part of change and growth.Â Attitude, it is all attitude and I have plenty of it. Haven’t been able to play ball this week. The realization breaks across my consciousness like a wave crashing into shore (wish I was at the beach) and it hits me- not enough exercise. I just haven’t gotten enough this week and that always irks me.

It just drags me down. Got two minutes left on the timer and I feel better. Words bring clarity, but I need action to bring results. Don’t have any music playing right now but I hear Robert Plant singing about being a traveler through time and space.

Check back in with me in a year and let’s see what things look like then, something tells me that more will be settled.

My Dreams Are Bursting At The Seams