Use Your Time Wisely

Tuesday afternoon and I feel like I am stuck on that Yellow Brick Road except I know that the wizard is just a man and any flying monkey that is foolish enough to mess me with me will find itself permanently grounded.

Another day in which I stare at the face in the mirror and find myself shocked when he talks back to me. That dude with the thousand mile stare and the bad attitude tells me that I am in control of everything and nothing. He says that it is up to me to make it happen and that I have nothing and no one to blame because no one cares.

He is right you know, no one cares about the excuses we make for why things don’t happen.Â  We all have our cross to bear and troubles to share. That doesn’t mean that I think that no one cares or that no one can offer a helping hand because that is not what I see or think.

I know from experience that if you ask for help you can find it. It might not always be what you want or even what you need. Part of that is because we don’t always know what that need is. And if you combine that with the way that some people refuse to ask for help you have a recipe for a little bit more chaos and confusion than you might like.

Use Your Time Wisely

In the post before this my friend Bill asked about boundaries in blogging and what shouldn’t we write about, if anything. Ok, I am not sure that he actually said that but I am going to put words in his mouth. Even better, I am going to share a story with you.

This is mostly true which means whatever you want it to mean.

I met a woman many years ago at a party in Georgetown. She is from Ohio and I am from Los Angeles.Â  We felt an instant connection and spent most of the party talking in a corner of the room. Since I am a saint, scholar and a gentleman I spent much of that time teasing her about her hometown, her university and a bunch of other things.

She gave much of it back to me and we laughed…a lot.

Later on we ended up in the back bedroom of my buddy’s apartment and she asked me a million questions. I answered many, ignored most and then laughed when she told me that she didn’t sleep with strange men. She asked me why I was laughing and I told her that only strange men would sleep with her.

For a moment there was silence and then she started laughing. She told me that she knew that there was much more to me than I was sharing and that if I wanted to know her in the biblical sense I would have to put out too. 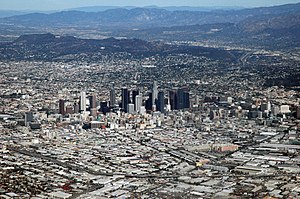 A short time later I find myself back in Los Angeles lost in thought about that girl from Ohio. She saw right through me, figured me out far more quickly than I was comfortable with. In part that was because I wasn’t used to it and in part because I wasn’t as mature as I should have been.

Sometimes I look back on that moment and think about whether it was a missed opportunity or a teaching moment. Maybe it was both.

It is something that I would talk about with ‘D‘ if he weren’t dead. It is surreal to think about. Sometimes it is hard to believe that it is 14 years now since he decided to walk into the cornfields and see what lay beyond. Man, he barely knew me as a married dude but never as a father.

That is weird because being dad is a huge part of who I am now. He never got to meet my kids and that is something that really is tragic, even more so because he was robbed of the opportunity to experience this.

Dude was a pilot and a scientist. I miss flying with him and talking about life. 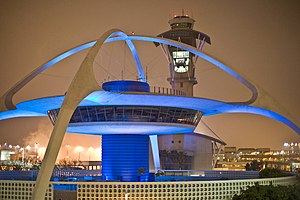 These interruptions are irritating and I am growing really impatient.

Some might say that the universe is trying to get my attention. I would answer by saying that I keep telling Joe Universe that I am listening. Got a cellphone, land line, Twitter, FB account and 25 email accounts. It is not hard to find me.

Someone tell the Scarecrow to ring the Tin Woodsman and the Lion because I am ready to start walking again. Can’t keep listening to the tick tocking of the clock- got to move…