Is It Intuition Or Desire?

There are moments in your life that you never forget. Some are good and some are bad. Some are neither.

Twenty-nine years ago I was a fourteen year-old boy who was racing at breakneck speed down the halls of my synagogue. I was in pursuit of a friend who had taken my glasses.

I don’t remember how it started or what made him to decide to take my glasses and run but I do remember the frustration I felt as I chased him. He was just barely faster than I was. Time after time I would almost catch him and then he would slip out of my grasp and keep going.

He didn’t mean to upset me but he did. He didn’t know that his laughter just made it worse and that the longer we ran the angrier it made me. If he had known these things I am sure he would have stopped. We were and still are good friends.

Eventually he stopped running but I didn’t.

When I saw he was stationary I launched myself into the air and laid a hit upon him that would have made any NFL coach proud. I didn’t intend to do anything to him other than make sure that he didn’t take off running again.

Instead of wrestling my glasses out of his hand I felt hands pull me off of him and arms wrapped around me.

That was a mistake.

I was 150 pounds of frustration.

I was 150 pounds of fear. I didn’t know who had picked me up and was restraining me, but I knew that there were two of them.

We were close enough to a wall for me to imitate a move I had seen in the movies. I picked up my legs and pushed off the wall. Since we were in a small hallway there wasn’t much distance between the two walls.

It turned out that a 17 year-old boy had wrapped me up in a bear hug. He was a bit taller than I was, but really didn’t weigh much more. He wasn’t expecting me to push off of the wall and consequently when I pushed off we flew backwards into the wall behind us.

We hit hard and both went down. I scrambled to my feet and turned around ready to pummel whomever had been holding me, but he wasn’t so quick to get up.

I am not really sure what made me think of that moment but I have learned to listen to these thoughts. I have learned to try and sit in the quiet of my mind so that I can try to identify what I am thinking/feeling.

I feel a bit like I am in one of those crazy Kung-Fu movies the boys and I used to watch as kids. I am Bruce Lee and there is a circle of men around me. They keep attacking and I keep finding ways to beat them all.

Whirling, turning, jumping, bending and dancing all around I avoid the blows and hand out my own. They can’t stop me. They can’t contain me. All they can do is slow me down. 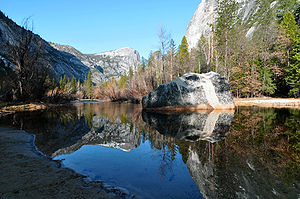 I take a deep breath and try to figure out why this is the image I see and not something more tranquil. So I close my eyes and take a few deep breaths. I am going deep this time.

I am lost somewhere inside my head. A parade of images is passing before my eyes. I see people and I see places. I am back in Jerusalem. I know it because of the smells.

My middle sister and I are sitting at a cafe and I am telling her that I don’t plan on coming home. I want to know if she is going to stay in New York. The scene changes and I am hiking a trail in Yosemite with a friend.

Another flash goes off and I am holding my infant daughter like a football. Her big brother is pointing at her and asking if she is going to live with us.

What I Think Will Happen Versus What I Feel

I have this feeling about the future. It is a very strong sense ofÂ knowingÂ that certain things are going to happen. There are multiple pieces to it.

Some of these pieces make perfect sense to me and I am certain that they will happen. Some of the details may be adjusted somewhat, but I am confident this is going to be.

But there are other things that I feel quite strongly and they are…confusing.

I want to say that it is intuition, but I wonder if perhaps it is just desire.

Time will tell. I am doing my best not to worry about it. I am just letting some of it unfold and watching the fruits of my labor come to be.

Some time ago I thought I was bearing witness to something unraveling and now I see it differently. It wasn’t unraveling, it was unwrapping.

It is time to go deep again. Time to go further than before and to push harder. Into the stillness and into the deep to find the answers that must reside within.

The Joy Of Air Travel