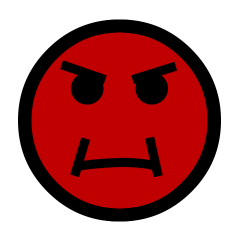 Those who know me best have devised a list of signs that you can use to determine when I am truly angry and not messing around with you.

My son is responsible for number four. He coined that line when he was about three or so. It usually came out when he knew that I was upset and would say, “daddy, don’t make the angry face at me.”

But my favorite moment was when he told someone in a parking lot that they were in big trouble because they made daddy make the angry face.

I can’t tell you what it looks like because I don’t need to look in the mirror when I am irritated, but that is neither here nor there. Most people will never see the angry face or experience the wrath of Jack because it is usually a waste of time.

This past Saturday night the angry face came out but the source of my ire wasn’t directed solely at another person. Nope, part of it was directed at myself. Part of it was focused inwards because I was disappointed in myself.

Let me give you the skinny.

I am a Taurus and I am built like one. And because I am a smartass let me clarify that I don’t have a tail, hooves or a ring through my nose. No horns either, but if I did you might get them in the ass. 😉

Back to the matter at hand.

One of the guys at the party came up, slapped me on the belly and said “How are you?”

That is not friendly. That is a passive-aggressive way of taking a swipe at me. I get it, the stomach isn’t quite as flat as it once was. Been eating well for a bit and I have slipped a bit. 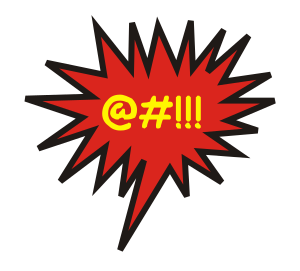 He didn’t wind up with his head inserted in the block wall behind us nor was he granted an unexpected nap. I thought about saying something to him. I thought about suggesting that a guy who is a decade younger than I am and in far worst shape should be cautious in who he insults, but I didn’t.

Blame it on ego, but I didn’t want him to know he had pricked me. I didn’t want to say that it got me, because then he would win. I know, it sounds kind of silly but part of the purpose of the blog is to figure things out.

So I smiled and told him that he ought to get some sunblock for his head because between the moon and the glare from his dome I was in desperate need of sunglasses.

Sometimes men are so juvenile. Just imagine what would have happened if we had both worn the same dress.

What Needs To Happen

This is theÂ simpleÂ part. What needs to happen is I need to make a decision about whether I intend to be serious about getting into the kind of shape I want to be in or whether I am good with where I am at.

The reality is that I am not in horrible shape. I wouldn’t call myself a model but things aren’t terrible. They just don’t reflect the vision I have of myself. When I see myself in my mind’s eye I still see the 19 year-old I used to be.

When I play ball I sometimes forget that my legs don’t have the same spring they used to have, but I am proud to say that I play based upon what I can do now. That is because I deal with reality. I adjusted my game and I am good with it.

So the question of adjusting my mental image of myself is one that I need to address because it is tied into inner peace of mind. I either have to become more serious and cut out more of the stuff I love to eat or accept that I am ok like this.

I can kill these moments. I can kill the frustration. I can wipe it out, I just have to make the decision to do so.

Personal accountability is what it is about.

But to be the safe side might I suggest you not touch me there or I might break your arm. 😉